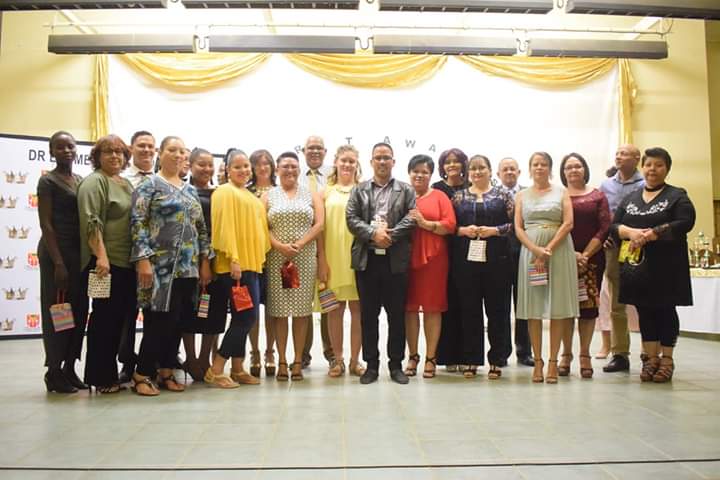 Dr Lemmer High School was founded in 1949 and according to the records, Mr Osman was its first principal. It was the first high school in the then South West Africa that was open for the Baster community. It began with only 20 learners and was known as the Ou Ambag Skool because of the location of the school. The first building was named Dr Joseph Lemmer who was Inspector of Education at the time of the school’s founding. In 1955, the school moved to the location where it still operates from. It is one of the first schools you will see as you drive into Rehoboth. As time passed, the school began to accommodate learners from all walks of life and different regions such as //Karas, Erongo, Omaheke, and others. The demand for a high school in the region was great. Many have known the school as the centre of secondary education in the region and its history boast of many productive learners who were shaped into the leaders they are today by the values of the school. “We are very proud of our history because this was a school that used to fly high in academics and sports in the region, and nationally,” said the current school principal Patrick Britz. The school has a rich history when it comes to rugby and as the principal puts it, “There was no competition for us in the region and those who were around always hesitated to compete with us.” As good as the learners were on the field, their academic track records were even better. “When I came at the school, it was every child’s dream to be at this school because everyone wants to be associated with the champions”. Britz says teachers at the time where known as disciplinarians which was the main recipe to the school’s success and thus they were the great forces behind the success of the learners. Placement at the school was always an issue and Dr Lemmer’s staff often had to think out of the box. At some point, the school turned their school bus into a class. Laboratories were converted to regular classrooms to accommodate all the learners. Today, a few things, including the academic record of the school have changed. This is something the headmaster says they plan to work on and reclaim their wonder days. According to Britz, things like policy changes have made it difficult for teachers to be in full control over the children. “As teachers, one can no longer enforce discipline on the child.” He also adds that due to the good performance of some learners, private schools have lured the children with grants and hence best-performing learners are taken away from the school. In addition to this, another major challenge is the absence of the parents. “Many parents work in Windhoek. This means that the parents commute to the city in the morning. The child is under one elder’s care when they get home as the parents only get home in the evening. One can only imagine the freedom the child has alone and what they could do,” stressed the principal. The school has currently also identified causes such as the abuse of alcohol, child abuse at home, teenage pregnancy, and relationship problems, which have contributed to the problems experienced by teachers with learners at school. However, the school refuses to play victim to its circumstances. Like many schools fighting for better results, Dr Lemmer is strong on afternoon classes and remedial teaching. This is with the hope that the results will begin to return to those of the past. In addition, the school has kept their basic values and is still places a high regard for teaching moral values to the children. Every morning, a prayer does it for a blessed day ahead. According to Britz, who came to the school as a learner in 1973 and came back to teach being promoted to Head of Department, then vice-principal before taking the headmaster’s chair in 2014, he aims to see learners prosper at the school. “I would like to see all the learners end up as qualified, people who can be independent and are able to look after themselves and their families.” While aiming for even better academic results, the school keeps learners engaged in netball, rugby, table tennis, soccer, chess, volleyball and hockey. With about 900 learners at the school today, those who wear the uniform are as equally proud to be part of the school’s individual history. Head boy Hilmer Bernade says it is a privilege. “I feel very proud to be part of this school. Here, we do well with what we have. The teachers are the best continue to carry the school’s core values which are respect, discipline, punctuality, dedication and commitment, dignity, care for each other’s wellbeing and teamwork,” said the Grade 12 learner. Pull out quote: “I want every child to prosper and be a responsible citizen.”